After 33 years of service to King Jesus in France, Malcolm and Muriel Ball have retired from full-time missionary work in Nantes and have returned to Northern Ireland.

On the 2nd of June, the Nantes fellowship along with many friends and well-wishers came together to say “Au Revoir” to the Balls. 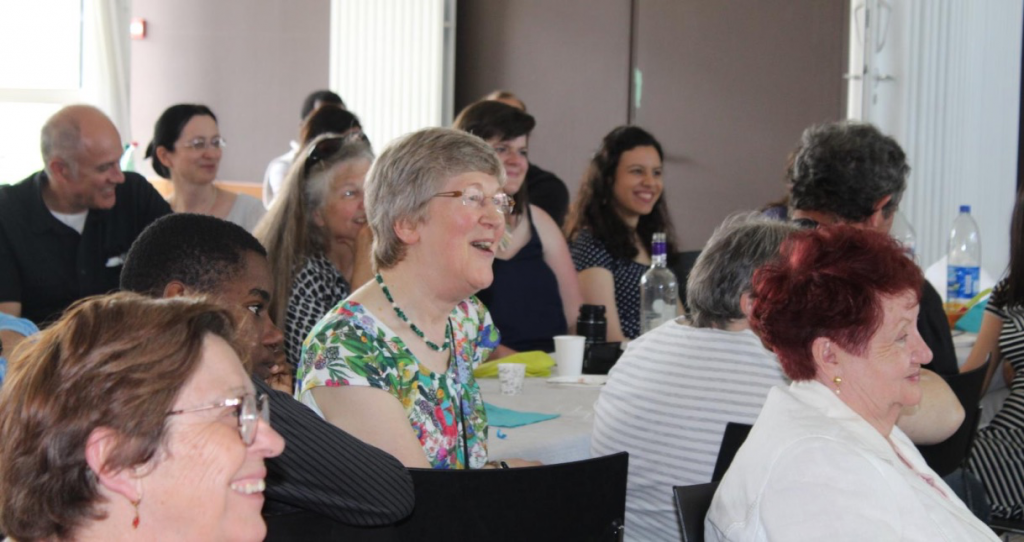 With the fellowship’s regular meeting place too small to accommodate the expected crowd, a local municipal hall was booked for the worship service which was followed by a meal, speeches and the presentation of gifts. This would be Malcolm’s last time to preach in his role as pastor of the church which he had helped to found in the late 1980s. While the text for his final sermon was a summary of his and Muriel’s attitude during their time of ministry in Nantes, “I am not ashamed of the gospel”, Malcolm also chose Psalms which movingly illustrated his own personal journey of faith, making reference to his own conversion and call to the ministry. 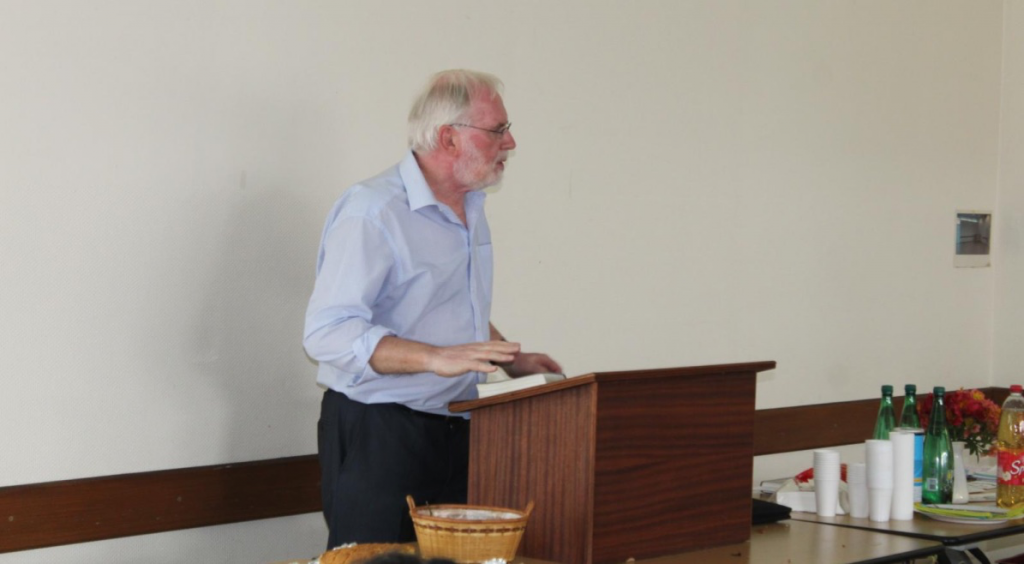 The worship service was followed by a delicious meal which in turn was followed by speeches. Andrew Lytle paid tribute to Malcolm and Muriel using the words of Paul in Acts 20.24 in which the apostle speaks of counting his life as nothing in his desire to accomplish the task given to him by the Lord Jesus, that of announcing the gospel of the grace of God. All those present could testify of how the same could be said of the Balls. 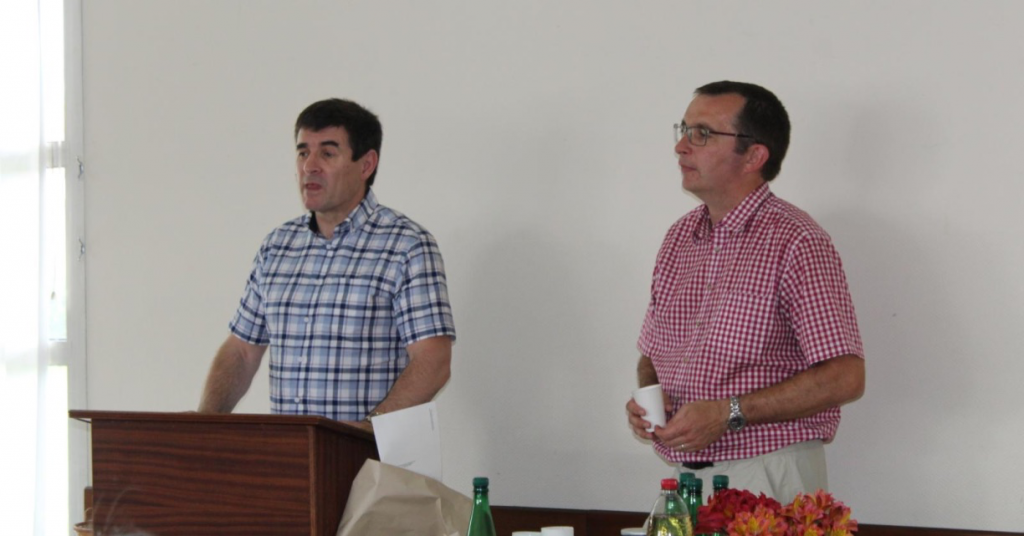 Rev Andrew Kerr brought greetings from the church in Ireland and spoke of David Livingstone whose heart was buried in his beloved Africa. Mr Kerr suggested that the Balls, while returning in body to Ireland, would themselves be leaving their heart in France.

A letter was read from Alex Sarran, pastor of an evangelical reformed church in Lyon, who had served with Malcolm on the committee of the Colloque Biblique Francophone. In his letter, Alex spoke of the influence of Malcolm’s ministry in the Colloque, not just in Nantes but Switzerland, Holland, Belgium and in many parts of French-speaking Africa. 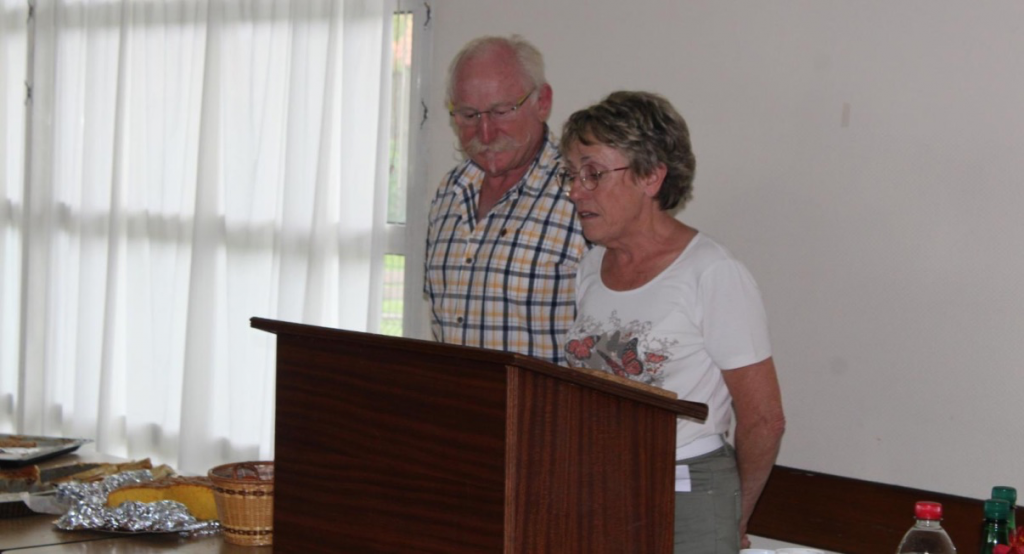 Joel and Josiane Macé, long-time members of the fellowship in Nantes, spoke with fondness and emotion of the impact that Malcolm and Muriel had had in their lives and in the lives of many connected to the church.

Following various other personal words of thanks and appreciation, Malcolm himself spent time reflecting on the past 33 years, commending his Saviour and Lord to all and giving thanks for God’s faithfulness over the years. He also paid a particular tribute to Muriel who herself had been a selfless servant of the Lord in the home, the church and the community at large. 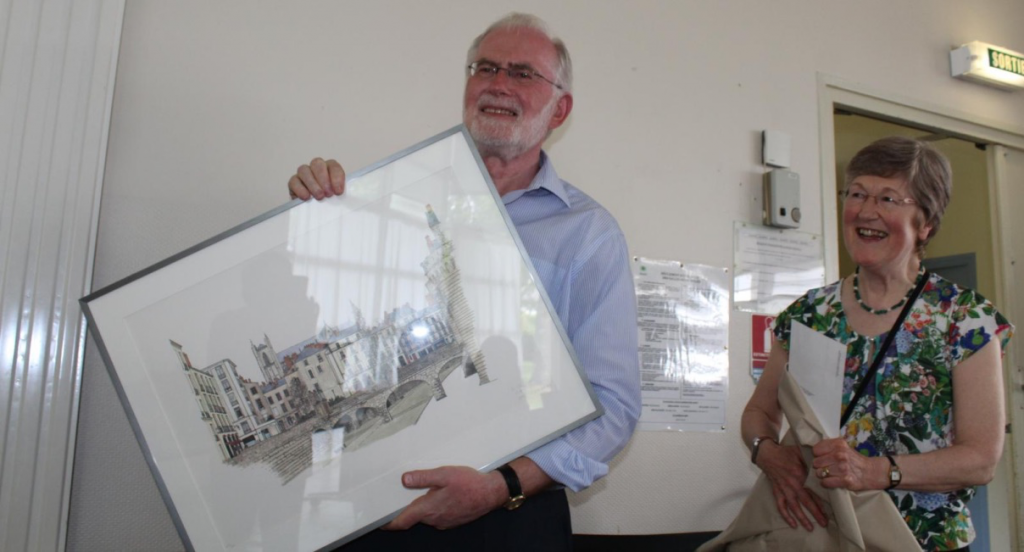 As an expression of the thanks and affection of all present, the Balls were presented, amongst other things, with a painting of Nantes castle and cathedral.