Friends of the Reformed Presbyterian Theological Seminary gathered on an unseasonably warm February evening for the 22nd Annual Support Dinner in Pittsburgh. 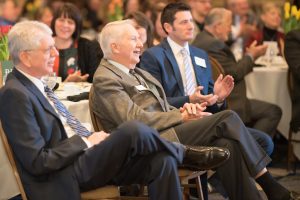 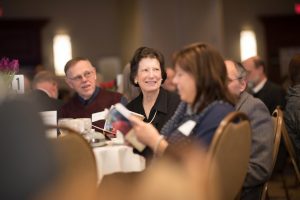 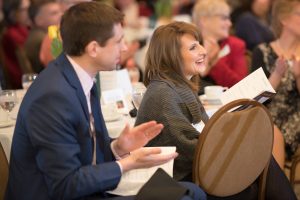 The Seminary family enjoys this annual time of fellowship, reflection, and the hearing of testimonies from several students. 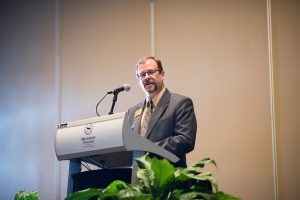 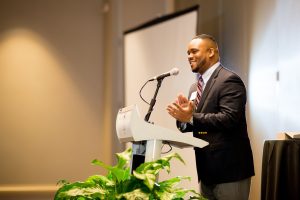 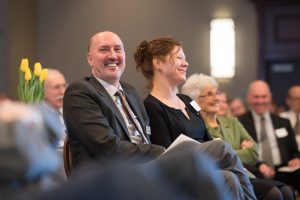 The highlight of the evening includes the presentation of the Faithful Servant Award given to an alumnus who has served faithfully in Christ’s Kingdom. Edward (Ted) Donnelly was the 2018 recipient. RPTS President, Dr. Jerry O’Neill, shared much of Ted’s global ministry of encouragement and proclamation of the Gospel. 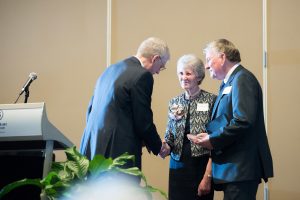 After a delightful pictorial journey through Ted’s life (prepared by his son, John) Ted began his tale of the journey to RPTS in the late 1960s.
In that gifted manner that he has, Ted had the crowd of over 300 quickly in peals of laughter as he recounted a trek to America that began on a freighter hauling whiskey to Montreal and a multi-day bus ride to Pittsburgh. Departing the bus in Pittsburgh, Ted and his best friend, Knox Hyndman, were delighted to find themselves on the very street that the Seminary resided. They began their walk and after 30 minutes realized that the house numbers were in the 900s and the Seminary’s address was 7418! 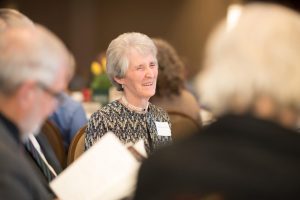 Ted reflected upon the many men who mentored him through the years. In reality, his acceptance of the evening’s recognition was for the dozens of people who had assisted him in growing in his love for Jesus Christ. There was not a dry eye in the house as Ted shared his love for Knox. 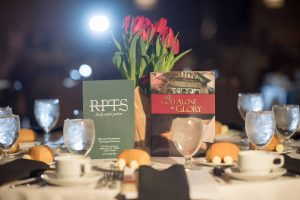 A friend at my table, unfamiliar with the denomination or the Seminary was quite moved by the evening noting that RPTS is a special place filled with people who lovingly serve God. “These are the kind of people that we should all desire to become.”

Links to Dr. O’Neill’s comments and Ted’s speech can be found here.