The Evangelical Presbyterian Church in Toronto

In the mid-19th century, Presbyterianism was a dominant form of Protestant Christianity in Toronto. In 1875, four branches of Presbyterianism joined to form the Presbyterian Church in Canada—including most of the Reformed Presbyterian and Free Church of Scotland congregations.

In 1928, Highland Scottish immigrants to Toronto petitioned the General Assembly of the Free Church of Scotland, and a congregation was formed in about 1930. By the grace of God, in the midst of an economic depression, they managed to raise sufficient funds to purchase land in downtown Toronto and construct a church building that was our temporal home from 1931 to 1976.

A report to the General assembly in 1931 observed: ‘Our brethren across the Atlantic are very much in need of settled Ministers. When deputies go out they are entreated to stay for a reasonably long period. The response to this request is not always encouraging, especially during the Winter. Nonetheless, many good men did respond to the “entreaty” and “went out” to serve in Toronto.’

In the fullness of God’s timing, in 1947, the Rev. John Macsween was sent out to help in Canada for a period of ten months. In 1951, he moved to Toronto where he became our first settled pastor, serving until 1966. Our pastor from 1967 to 1973 was the Rev. J. N. (Jack) MacLeod, later a Moderator of the Free Church. In 1977, Rev. David Compton became our first (and so far, only) Canadian pastor, serving until 1992. During that period, the downtown site was sold, and the congregation moved to the suburbs and built a new building on Sheppard Ave. We also changed our name to the “Evangelical Presbyterian Church” and adopted the RPCNA Psalter.

In 1993 the Rev. Kenneth Stewart, became our Pastor until he was called to Stornaway in Lewis in 1996. In 1997, God’s faithfulness to us was again demonstrated by the arrival of the Rev. D, Allan MacLeod to be our minister, who has served faithfully as our pastor for over twenty years.

The Sheppard Ave. corridor was rezoned for high density residential and office/commercial development, and a subway was constructed along Sheppard Ave., which opened in 2002. Our property was eyed by developers. However, a buyout would not have provided sufficient funds for the congregation to re-locate within the Toronto city limits. We also determined that we wished to retain our central location—we are ideally situated with a subway stop and major highway nearby. So, we decided to work with a developer who would build us a new church building as part of a redevelopment of our property. In 2006, we completed detailed specifications for a new building. Eventually, a developer was able to put together a proposal. After about two years of negotiation, we signed a purchase agreement, in 2010. 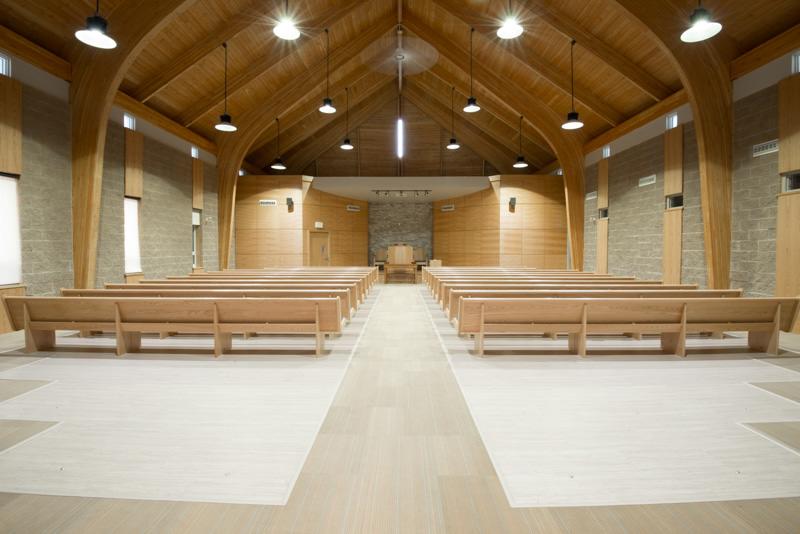 Working with an architect, commissioned by the developer to design our new building within the context of the overall re-development, we reached agreement on the floor plans in 2012. Construction of the new building began in the fall of 2015. We move into the new building on October 1st, 2017.

Other momentous events also occurred in the life of our congregation. During David Compton’s time as our pastor, he had encouraged the congregation to align with a North American denomination. However, this initiative did not proceed beyond a discussion phase with the RPCNA and other like-minded denominations.