Every year the small country town of Convoy (located in Donegal, Ireland) takes part in ‘Heritage Week’. This year the Convoy RP Church got involved! Jayne Long from the Convoy congregation tells us more:

“We offered a talk on the history of the Covenanters as an event during the National Heritage Week.  We asked Raymond Blair to give the talk as he is a known historian in the area, a Covenanter Minister and a child of the congregation (being baptised in Ballyboe in 1960)!  In fact Raymond’s family have had connections to the RP Church since at least 1868 – he even has in his procession a testimony from his great grandfather’s house dated from that year!

Just over 50 people gathered  in the church building to hear the story spanning from as far back as 1743 when groups met in the hills around Donegal to the first Donegal minister, Wm Gamble being ordained in 1788.  John Mc Clure donated the present site and the first thatched earthen floored church was built in 1804!  Our first minister Rev Matthew Smyth preached from 1805 until his early death in 1818.  His gravestone was part of the outside tour  as well as the grave stone of a founder member R. Patterson.  The building was renovated to more or less the current building that we have in 1869 and we were told one member loaned 50 pounds towards the work, considerable sum in todays figures!

Raymond gave us some insights into the culture of those days – the congregation were not always affluent and in famine times the minister emigrated as Convoy could not afford his salary and a relative came back in later years looking for his outstanding pay!

When Rev White McKeown became minister the number of the congregation doubled in just 7 years from 100 to 200 – an outstanding increase.  However not everyone in the area liked him, and an attempt was made on his life but he survived as the bullet went thought his top hat!

He was unhurt but shocked.  Another minister Rev Moody was held in such esteem that at least one baby was given Moody as his middle name, apparently common in those days.

Numbers fell considerably in early 1900’s due to various factors such as emigration & the war, the fact that many who remained never married due to shortage of suitable partners and of course some disagreement’s and matters of discipline.  One fascinating fact was that a Convoy man established a Covenanter congregation in Liverpool in 1823.  Foreign Mission taking place even then. 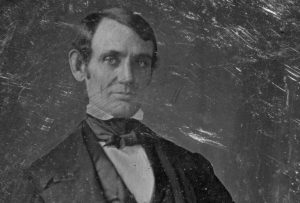 Next Raymond outlined some discipline matters undertaken by session with happy endings when the people all showed remorse and continued as members.  In 1837 a lady was rebuked for periods of drunkenness. A man was brought to session in 1838 for dishonesty by placing a stone in corn he was selling and in 1836 a woman was brought to session due to eloping without her parents’ consent. All matters were amicably sorted with guidance of session.

In 1932 Convoy became joint charge with Stranorlar and continued as such until approx. 5 years ago. Many names have been associated with the congregation since 1800’s and some of same names are still around such as Gregg, Smyth, Blair, Neilly, Stuart, Tait and Frizzell. These men and others were elders over the centuries.  7 men from Convoy went into the ministry and 4 of those emigrated to American congregations while Rev AC Gregg went to Scotland.

In conclusion Raymond pointed out significant parts of the building to those present. He noted our plain style of building without elaborate altars etc, the fact we see it as a practical meeting house and the church is more accurately the people who worship together here.  He explained about the precentors box under the pulpit due to the importance of someone starting the singing.  He noted the tune board again important as our style of worship is based on simplicity and singing with out musical instruments as in the synagogues.

Our pulpit is central in the building and this emphasises that the preaching and reading of Gods word is central to our denomination.

Finally, he explained how our banner “for Christ’s Crown & Covenant” is significant as we keep Christ as our King and Lord over state, church and each of us and its also in reference to the Covenant Promise from God as remembered in The Lords supper as the new covenant cup of His blood.  He concluded by reading Colossians 1 Vs 15-18 before taking the audience for a graveyard tour.

Supper was served and time was spent looking over the extensive display of church documents, old bibles, Psalters, Maps, Sabbath School attendance records, pictures, cuttings from Covenanter witness since 1950’s relating to the local congregations and numerous other items of memorabilia which was assembled by Jacqueline Smyth and her helpers.

Please think about doing something like this in your congregation as it brought many who had connections in past generations to the meeting and made us examine our history as well!

Feel free to contact us if you have connections with the congregation and want to see the archive.  We will be happy to show you our history.  Raymond only touched on some of our history and we have many stories yet to tell.