On September 7, 2018, about 200 people gathered to participate in the inauguration of Barry J. York as the President of the Reformed Presbyterian Theological Seminary. Dr. York (pictured above with the other seminary professors) is just the fifth man to bear this responsibility in the last 89 years. He takes over from the retired Dr. Jerry O’Neill who served as President for 23 years. Dr. York was the Professor of Pastoral Theology prior to his appointment by the Synod of the RPCNA. A two year transition has allowed for a smooth change in leadership at the fifth oldest seminary in the USA. 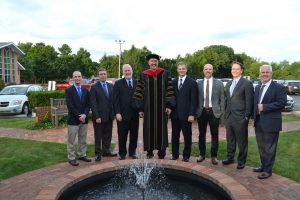 Dignitaries from the RPCNA, the greater Pittsburgh area, and the seminary community took part in the ceremony and subsequent reception. Michael Lefebvre (President of the Board of Trustees – pictured above) welcomed the gathered assembly before DR C. J. Williams opened the meeting in prayer. 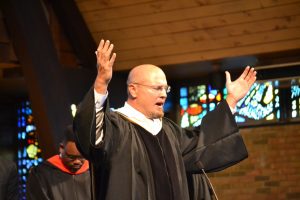 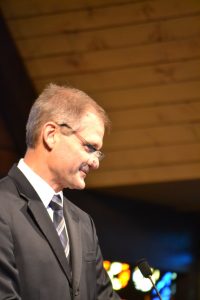 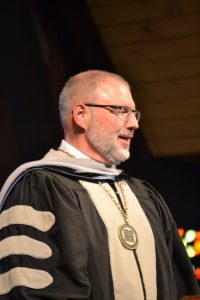 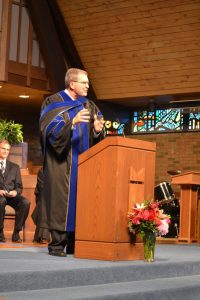 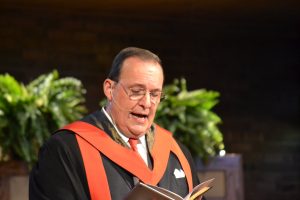 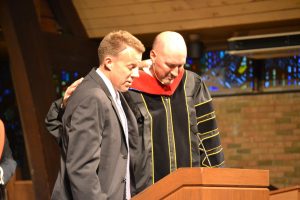 Dr. Richard Holdeman prayed for Dr. York and RPTS during the prayer of installation. Dr. York then gave an Inaugural Address entitled “The Shepherd’s Seminary”. 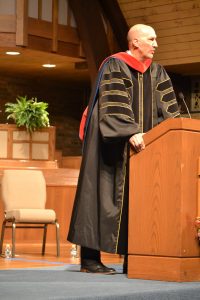 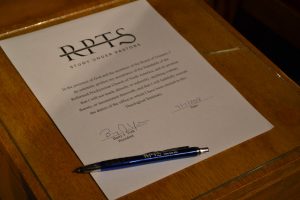 Following the close of the service there was a reception with coffee, cake and lots of opportunity for fellowship with the gathered saints!

Dr York married Miriam 33 years ago. They have six children and five grandchildren. He is a frequent contributor to the blog “Gentle Reformation” and co-host the “3GT” podcast. He recently released a book, “Hitting the Marks: Restoring the Essential Identity of the Church” which is published by Crown and Covenant Publishing.