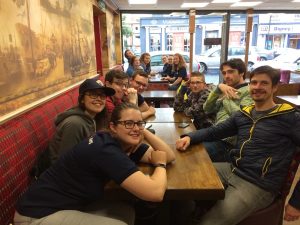 We ran a holiday bible club in the morning from Tuesday to Friday and the theme was “Facing Giants”. Each morning we had about 20 kids attending and we were really encouraged as the kids listened well to each of the talks and took part in the memory verse, games, singing, quizzes and crafts. 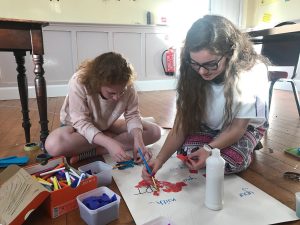 In the afternoons we did various outreach events including a tea party for the locals in the community where some of the members of the team provided light entertainment and Nigel used our “Facing Giants” poster to show how King David points us to Jesus. We also went out into the local community and distributed booklets called, “God’s good news”. 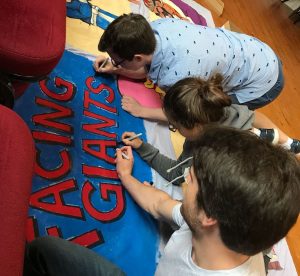 From the Tuesday to Friday we also had a summer youth each evening for the teenagers in the local community. Each evening we had a talk about different “Giants” teenagers may face in their daily lives. The three “giants” we chose to address were shame, atheism and abortion. It was a real privilege to have heard one of the Newry church members Alan Keenan give his testimony and explain how he became a Christian despite being an atheist for 18 years. After the talks we had an activity followed by supper, the activities consisted of biddy up, murder mystery and the apprentice. Throughout the summer youth, we were able to have some good conversations with the young people, which was really encouraging. 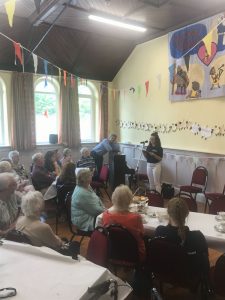 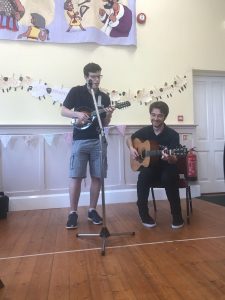 Each day we met together after lunch and had a time of bible study, discussion and prayer. During this time we discussed how we can be ready to “argue” for the truth of the bible. 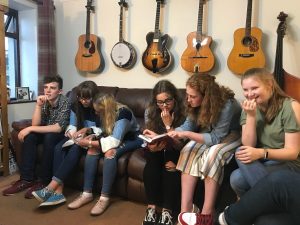 Everyone on the team got on really well and we enjoyed a great week of fellowship and fun with one another. It wouldn’t be Newry Go Team without an outing to Friar Tucks and Nugelato so on the Friday afternoon we went and had a little treat before preparing for the BBQ in the evening, it was really encouraging to see all the youth coming along with their parents and some new faces too.

I was really blessed and encouraged by taking part in this go-team and was so well taken care of by the Newry congregation.

A verse that sums up Newry go team is Psalm 4 vs 7 “You had filled my heart with great joy”.