Reno, Nevada is city that brings a few ideas to mind—whether “Folsom Prison Blues” or the classic film “The Misfits” in which Marilyn Monroe stood on the Virginia Street Bridge deciding whether to toss her wedding band into the river below. For some it may be just an old gambling town or bring up a few thoughts of what it means to the “biggest little city in the world.” No matter what the mental image that Reno brings—surely being the home to the newest Reformed Presbyterian congregation is not one of them. With the Lord’s help, that may soon change!

On August 22nd, the “Reno Commission” of the Pacific Coast Presbytery of the RPCNA organized its latest mission church in Reno, Nevada. The Reno Commission was made up of John Sawtelle (Brea, CA), Sam Ketcham (Fresno, CA), Nathan Eshelman (Los Angeles, CA), and Patrick McNeely (Squamish BC). The story of the Reno work began months earlier with a petition to the presbytery from several families who were hoping to be organized as a church plant. 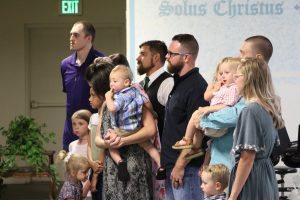 Presbyters were sent to Reno to investigate the matter, present on the work of the Pacific Coast Presbytery, meet with a former pastor to discuss church planting in Reno, and to see whether the core group was committed to the distinctives of the RPCNA. The wheels of presbyterianism turn slowly, but it seems that the wheels were well-greased in the case of Reno, and within several months it was clear that the group was going to be a viable core group for a church plant.

The Pacific Coast Presbytery believes that prayer and fasting are central to church planting.  August 22nd came and the presbytery had called for a day of fasting for the Reno congregation. Brothers and sisters around the world were fasting for the future work and core group—if you were among those praying and fasting, thank you! We broke the fast at a dinner in the home of Colin and Shanna Samul. 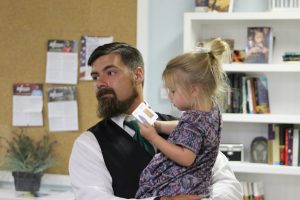 Colin (pictured above) is a licentiate, whose membership was held in the Fresno congregation. Following dinner, we went to the location where they will be worshiping each Lord’s Day, a local evangelical church building.

The commission interviewed four families that will make up the core group: Brazils, Cunninghams, Maupins, and Samuls. There are eight young children among them as well. After the interviews Mr. Colin Samul was asked to sign the licentiate vows of the RPCNA.

We then worshiped God and organized the new congregation. Each of the new members signed the RPCNA’s vows of communicant membership, covenanting to live together in peace and unity as a new congregation. 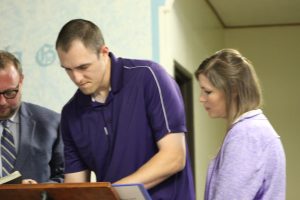 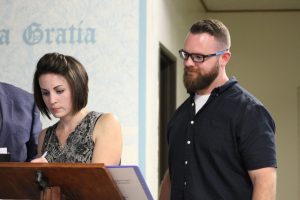 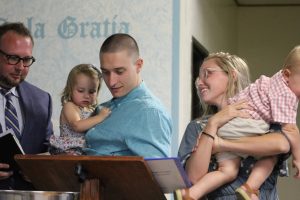 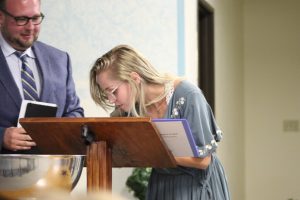 Rev. McNeely preached on the Ethiopian eunuch and Rev. Ketcham baptized one of the children, David Cunningham. 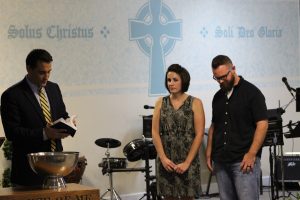 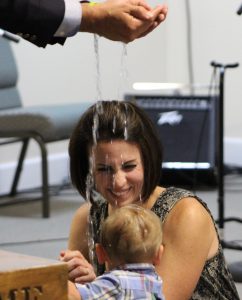 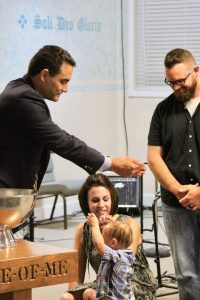 The service was shown live via Facebook Live and hundreds of people tuned in to watch. If you missed it you can still can watch the service here:

Thirty-one people were in attendance on the day. Many of these are individuals and families who are interested in the work, but have not yet decided whether to be members. Pray for them!

Reno is city known for many things, with the Spirit’s blessing, the hope of the Pacific Coast Presbytery is that it will be known a Great Basin of Reformed spirituality. 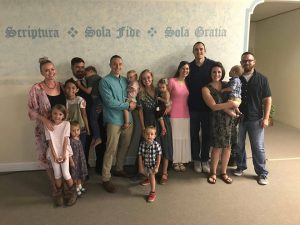