After four full days of business including hearing reports, considering communications passed up from lower church courts, passing judgment on two judicial cases, and much prayer the 187th Synod of the RPCNA has completed its work!

Friday’s proceedings began with devotions, being led this time by Pastor Joseph Friedly of the Tri-Lakes congregation in Monument, Colorado. 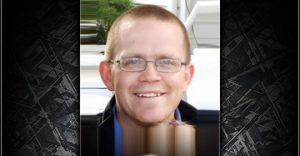 Joseph preached from Romans 8:28-39 on the topic of  “God’s Perfect, Personal, Perpetual Love.” You can listen to his sermon here.

He pointed out that, as a married person receives not only the spouse’s general love for humanity but also focused, personal love, so God’s people receive not only God’s general love for mankind but His special, focused love. At all times and in all circumstances, even gloomy ones, God’s steadfast love is there; and nothing in all creation is able to separate us from that.

The morning continued with Synod officially adopting, without dissent, a three page committee report on the “Reasons for the Hemphill Court Decision”. For more information on the case see our previous post from day 2 of the RPCNA Synod. The full report will be made available on the RP Global Alliance homepage tomorrow

Reports were then heard from various boards and committees of Synod: 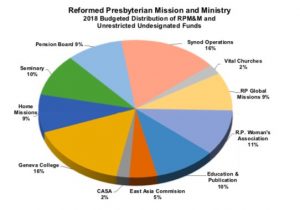 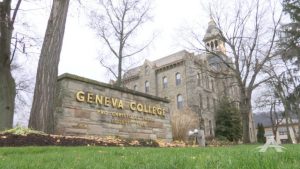 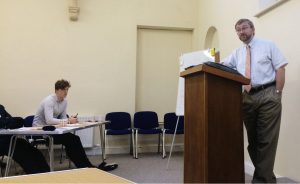 Reports were also received from all six North American presbyteries, from the Japan Presbytery, and two other East Asia presbyteries. The Assistant Clerk of Synod notes that ALL of the Presbytery books were reviewed and “nothing was found to be contrary to the law & order of the church”. These reports were followed by a time of prayer.

At the close of Synod a resolution of thanks to God was given. The moderator was thanked by the court with a standing ovation for his service, his transparency, and bearing of Synod’s burdens. The moderator closed in prayer and Synod sang Psalm 133A.

Next year’s Synod will be held at Geneva College, from June 11-14, concurrent with the Synod of the ARP Church.