On April 20th, almost 400 people gathered for an evening celebrating the goodness and mercy of Jesus Christ as seen in the life and ministry of Jerry F. O’Neill, retiring President at the Reformed Presbyterian Theological Seminary in America. 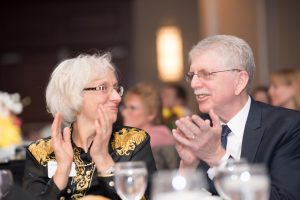 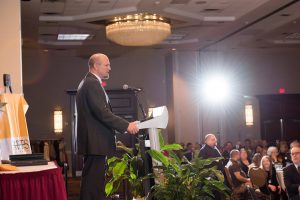 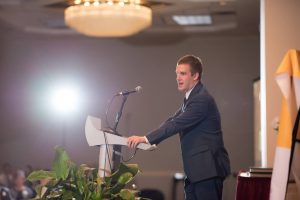 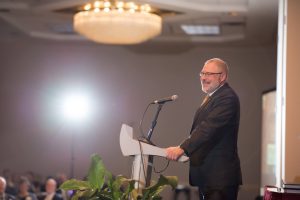 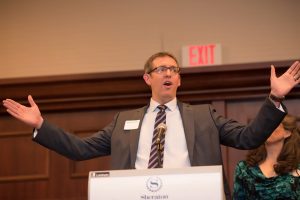 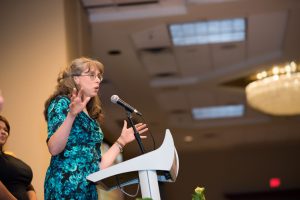 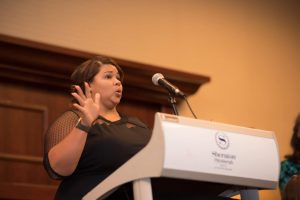 Dr. Mark Ross, Professor of Systematic Theology at Erskine Theological Seminary delivered a rousing keynote address on the importance of faithfulness as seen in the establishment of theological education in the Reformed Presbyterian Church of North America. His address can be viewed here:

Dr. Michael LeFebvre, representing the Board of Trustees, introduced a new scholarship in honor of Dr. O’Neill. He also announced that dinner participants and friends had contributed almost $30,000 towards the Save the Gables Campaign. An additional $5,000 has been added since. Praise the Lord!

Jerry has a great love for the Psalms which was represented in a special rendering of Psalm 67C.

Groups that had been a part of Jerry’s ministry over the past decades were asked to participate by submitting sections of the Psalm which were then woven together into one selection. Conceived and organized by Sharon Sampson, the Psalm was sung by RP churches in Winchester, KS, Columbus, IN, Sterling, KS, North Hills, PA (in two languages), the RPTS student body, board, faculty, staff, and the Seminary Women group. 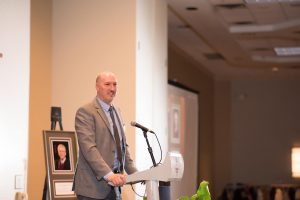 While retiring from the presidency, Dr. O’Neill will continue to serve for at least another year, part-time assisting with fundraising/planned giving and some academic administration and student advising.