On the 11th April, 2018, over 60 people gathered in Squamish, British Columbia for the ordination and installation of Mr Patrick McNeely as the minister of the Coram Deo RP church plant. 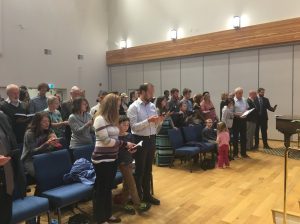 Men and women from a wide variety of backgrounds and churches joined with the congregation here for this significant event in their life as a church family. 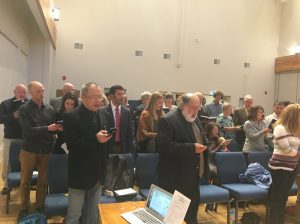 The service began with a meeting of the Pacific Coast Presbytery.  Mr. Don Lamont, and elder at Seattle RPC, outlined the steps that had taken place in Mr McNeely’s life to bring him to Squamish, and then the further steps that had occured establishing the Coram Deo RP church plant.  Rev. Nathan Eshelman of the Los Angeles RP Church then put the ordination vows to Mr. McNeely who answered in the affirmative and  signed his name to the vows. 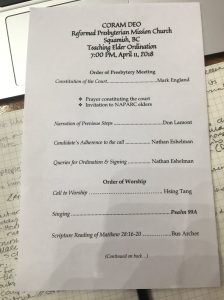 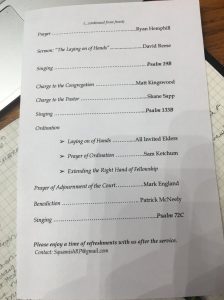 The congregation was then called to worship.  Rev. David Reese of Springs RPC preached on “The Laying on of Hands” explaining this often-passed over aspect of the ordination and drawing our attention to the strong emphasis Scripture places on this as a key component of the church.  He drew a powerful analogy between the laying on of hands on a minister and the incarnation of Christ. 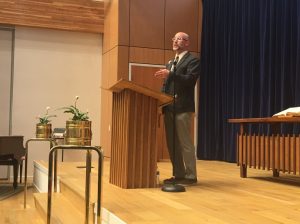 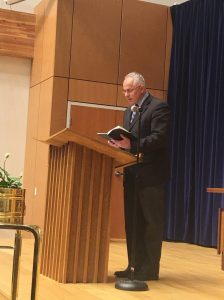 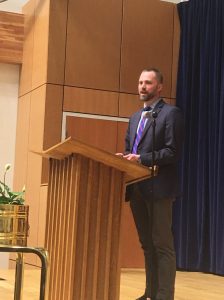 Mr McNeely was then ordained to the Gospel ministry through the laying on of hands and prayer, before closing the service with the benediction. 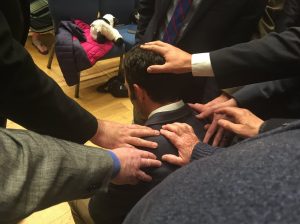 Everyone enjoyed a time of fellowship and the gracious hospitality of the Coram Deo congregation after the service.  Please remember to keep this new church plant in your prayers.