The Seattle RP congregation was established in the 1890s by a commission of the then-Kansas Presbytery, in a fairly new city with some 42,000 people (compared to over 700,000 today!). This congregation was the first west coast RP church and has existed continuously since 1892, starting with 42 members. In 1893, the congregation purchased its first building downtown at a cost of $5,500, and its first pastor was Rev. P.J. McDonald, who was installed in 1895 after serving as stated supply for three years. Thanks to some Seattle members, a more detailed history is available at the church’s website.

In recent history, Rev. Don Piper retired in 2008 after pastoring faithfully for 31 years. Seminary graduate Ryan Hemphill was called as pastor a year later, and was ordained and installed in December 2009. The church is strengthened by its faithful members who have labored in Christ over a long time. We have prayed regularly for a great many years for more children to come to the congregation, and by God’s grace, He is bringing more as the years pass. Some are from new families, and some are from existing families that are growing according to the will of God. Aside from these, we rejoice at the presence of a foster child who has been in our midst for three years, and you can guess how fervently we and the foster parents are praying that the Lord would pave the way for formal adoption and for him to become a baptized covenant child of God. What a joyous day that would be! 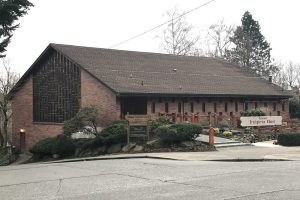 The congregation has had ebbs and flows with attendance over the last many years, which is par for the course in a city like Seattle. Because it’s such a transient city, there is a regular coming and going of members and adherents. One of the most significant factors currently impacting the movement of people is the still-rising cost of living and the ever-changing landscape of tech jobs. Housing expense is through the roof (the average home price is $690,000), and there has been a major influx of millennials due to hiring by Amazon and growth in tech companies such as Google, Microsoft and Facebook.  Seattle is also considered one of the “least-churched” cities in the nation, and if you take stock of the city at a glance, you can understand how much our congregation is flowing against the tide. You can also imagine both the challenges faced by a Christian family seeking to raise their children here and the extensive need for Christ to be known and declared.

As far as church family life, a monthly fellowship meal is enjoyed following morning worship on the first Lord’s Day, and psalm sing takes place on the fourth week in the evening, with some practice of the new Psalm of the month. On the other weeks, we have the joy of gathering for worship to end the Lord’s Day. 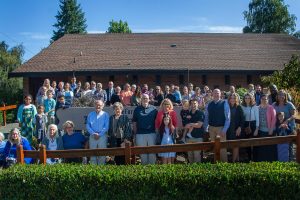 During the week, there are two Wednesday Bible studies that take place during the school year. One is held at the manse with the pastor leading, and the other is held at Aaron and Jenny Piper’s home where the men rotate leading. There are also men’s and women’s discipleship groups. It has been the desire of the Hemphills to see personal spiritual growth from relationships between members at church, and their prayer is that the discipleship groups that they lead as well as hospitality among members might be a means the Lord uses for such growth, building upon the faithful preaching and singing of the Word each Lord’s Day.

Despite the cultural challenges in our land, those who live and worship here enjoy abundant natural beauty from God in the surrounding snowy mountains and volcanos, vistas of water and evergreen trees, and intriguing sea life. We feel immensely blessed to be surrounded by such beauty and pray that God might work to make the people of this city as beautiful spiritually, that they would laud their Creator as Lord, just as our beautiful land always has.