For the second time (the first was December 2015) the Reformed Presbyterian Church of Australia is sending a team to Japan. Jonathan and Louise Blakston (Frankston RPC) and Megan and Brandon Fisher (McKinnon RPC) have been the brains behind the whole thing. They’ve organised all the team meetings, taken the applications, put together the team, spent time liaising with Japan about dates, how many team members, and basically done all the ground work and a lot of planning for these trips to happen.

It’s been months and months in the planning, and it’s really hard to believe in just under a week we will actually be in Japan! I have the privilege of going for a second time, and am very much looking forward to continuing to build relationships with people that we met two years ago, and to encourage and serve the church there in Japan. 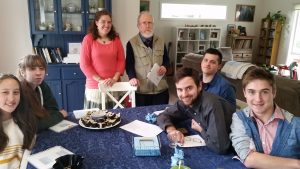 Less than 1% of the population of Japan is Christian. And as such, they can feel lonely and isolated.

And as our closest RP brothers and sisters, we want to develop bonds between our two countries and we hope that sending and receiving missions teams will be one way that we’re able to do that. Some of the things on the schedule for the team this year are: Bible studies, Youth Sports Day, English classes, Worship, Ladies Bible Studies, Kids English classes, Psalm Sings, Distributions and Alastair giving some biblical lectures. 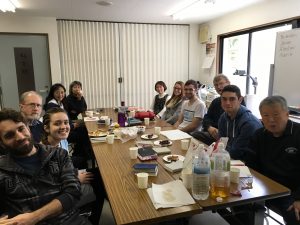 Kihei Takiura (Okamoto Keiaku RPCJ) has said about this trip, “I think the purpose of the trip is two fold; to help churches in Japan and to have fellowship with them. We want to use the time effectively for these purposes. I hope that the trip will accelerate the close relationship between two churches”  We certainly had many opportunities to do that last time we went through things like English Bible Classes,

Some gardening/landscaping at one of the churches 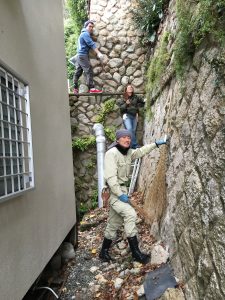 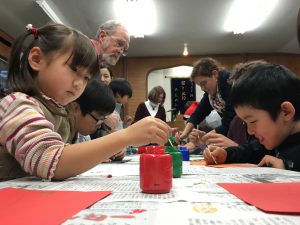 and inviting people over, sharing meals together, singing psalms and praying together, worshipping together, and just being brothers and sisters in Christ. 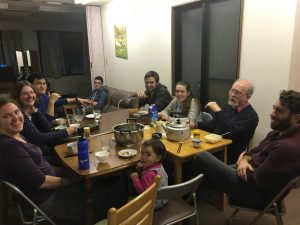 We would really appreciate prayers for the team, both in our last minute preparations and also while we are there. Some things that you can pray are:

If you would like to stay connected with how the team is going, here is a link to the Facebook page that we will keep updated while we’re there: www.facebook.com/servejapan