The following is a statement Issued by The Public Morals Committee of the Reformed Presbyterian Church of Ireland in response to a recent BBC TV programme entitled:  “ABORTION ON TRIAL”

This week the Public Morals Committee of the Reformed Presbyterian Church wrote to the BBC to express sincere disappointment and concern over the content and tone of “Abortion On Trial”, which aired on BBC Two on Monday 16th October.

The programme began by announcing that Anne Robinson was bringing together nine people with “conflicting opinions” on abortion – this turned out to be an exaggeration. While the programme did give time to the one or two members of the group who disagreed with abortion in virtually every circumstance, far more time was given to the opinions of those who believed abortion should be legalised or liberalised. Furthermore, with one exception, all the women had had abortions. Had this been a fair “trial”, surely some women would have been invited who had decided not to have abortions at all?

Much of the programme was simply emotive. Throughout, the participants talked about “my opinion”, “my right”, “my body”. What little scientific input there was came from a neo-natal expert who simply backed up the view that all decisions should be contextualised, and the discussions inevitably concluded by suggesting that late-term abortions should still be permitted based on the opinion or feelings of the mother.

The casualness with which the presenter and participants discussed the option of abortion for babies with disabilities towards the end of the programme was deeply shocking. Again, had this been a fair “trial”, there might have been someone on the programme to point out that deciding whether or not people with disabilities should live or die was a feature of Nazi Germany – surely not a society we want to emulate? 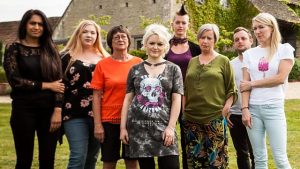 The programme also left viewers with the impression that the 1967 Abortion Act is standing in the way of easier access to abortion, when in fact the evidence is clear that the U.K. is already an “abortion on demand” country. Extensive research has demonstrated that only a tiny percentage of abortions are actually carried out on the grounds of the mother’s mental health being in danger.

We believe that the content and presentation of this programme was deeply deceptive and manipulative. The BBC is supposed to provide an unbiased public service – in “Abortion On Trial”, it failed miserably.

The Bible teaches that all of us will stand trial before the Lord Jesus Christ one day – “just as people are destined to die once, and after that to face judgment” (Hebrews 9:27). It also makes clear that God alone is the Author of life. The issues of beginning and ending life belong only to him. He has made clear in the Bible that human life begins at conception (Psalm 51:5; Job 3:3, Psalm 139:15). No more than two weeks after the conception of the Lord Jesus, his mother Mary visited her relative Elizabeth, who worshiped the Lord Jesus while he was still in embryonic form (Luke 1:41-44). Jesus was fully human from conception, and so are we.

Since Scripture clearly shows that God alone creates human life, it naturally follows that no human being has an absolute right over their own life or that of another. We recognise that there may be circumstances where both the life of the mother and the life of the unborn child cannot simultaneously be preserved. However, the deliberate killing of an unborn child by abortion can never be justified.

We have urged BBC programmers to be more honest and fair-minded in future, particularly when dealing with issues as important as who lives and who dies.

The Public Morals Committee of the Reformed Presbyterian Church of Ireland