The 2017 Iowa RP Family Camp was a time of learning, fellowship, relaxation, and fun. Pastor Mark England from San Diego RP Church was the speaker as we went through a Survey of Exodus. Our speaker made Exodus more than the Israelites leaving Exodus or the giving of the ten commandments, he brought Exodus to life and challenged us all to a deeper understanding of this book! Everyone is invited to visit the camp website to listen to the lectures given by Pastor England.

Each day we sat under the old oak tree for mealtimes and enjoyed delicious Midwestern food. During the afternoons, a number of campers were able to scale the rock-climbing wall, some braved the infamous cliffside waterslide down into the pool and others tries out the new GaGa Ball pit! 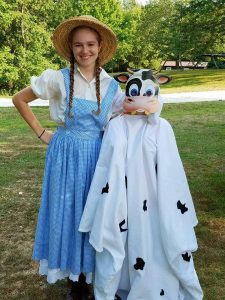 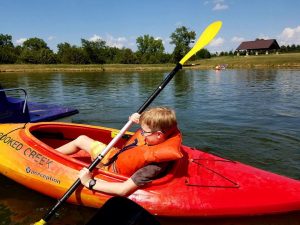 Evenings were spent dressing up for a Masquerade Ball which turned out to be a number of ‘ball’ games like 9 Square in the Air, GaGa Ball, Volleyball, and Carpetball. The second night was hosted by farmers and included games such as hay bale tossing, milking, dressing the scare crow, finding a ‘needle’ in a haystack and an American Gothic Photo booth. The last evening was spent enjoying the talents and humor of fellow campers. 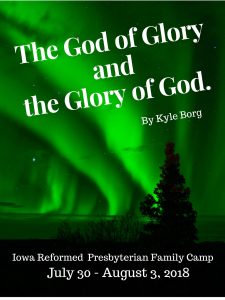 The nights were officially concluded around a Parnell-built campfire where silly songs were sung followed by interviews with campers who had participated in a variety of mission trips.

In between all the activities, campers were able to deepen their relationships with God and each other and those who wished, even found time for rest.

Lord willing, the camp will be held from July 30 through August 3, 2018, with Pastor Kyle Borg speaking on “The God of Glory and the Glory of God.”