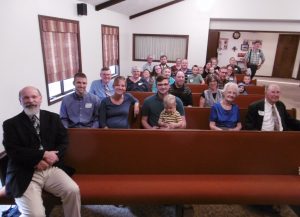 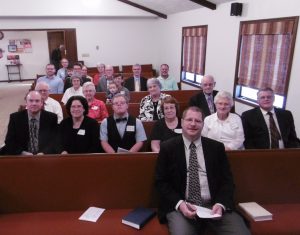 The Hebron RP Church was founded in 1871 and was located in the “Hebron” community in Clay County, until a new building was dedicated in the town of Clay Center in 1978.

The  Midwest Presbytery met in an official capacity to confirm that all was in order, and Steve McMahan, a ruling elder in the Hebron congregation, told the story of how God had guided the congregation and Rev. Hemken (who had previously pastored in the rural community of Sparta, Illinois) into a united desire to serve Christ’s kingdom. 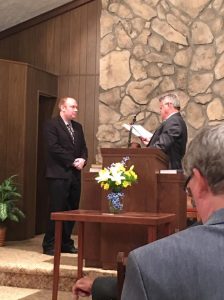 The local members of the Hebron congregation indicated that they sincerely desire the pastoral care of Rev. Hemken, who also stood to confirm his sense of Divine calling to minister in Clay Center and this region. 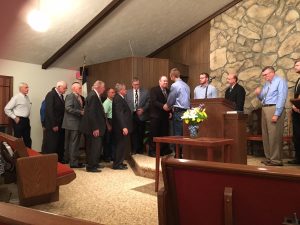 Following reaffirmation of the pastoral vows by Rev. Hemken, the moderator of presbytery led in the prayer of installation, the elders laid hands on Rev. Hemken, formally and publically imposing upon him the authority, responsibility, and support of the Church at large.