Thirty children from the Reformed Presbyterian Church of North Hills recently completed their B.A.S.I.C. Training for Operation Space VBS: a close encounter with God’s Word.  Each day began with a great lesson that incorporated information about God’s creation and the Scripture.  Everyone there learned something new about how perfectly He created and placed the Earth in space.  This was followed by music which included original songs to help students learn the memory verses.  They used a parachute to illustrate one verse and on the final day there was a sing-off between the boys and the girls.  There were space themed games, including an energy-burning illustration of distances in space.  The children had a chance to make a robot and a sun shaped pillow, among other crafts.  Even the snacks were crafted to fit the lesson.  It takes many hands to keep things running smoothly, and we were blessed to have the help of our TFY students in addition to many teens and adults from the church.  Throughout the week they learned about the Book of books, its Authority, Salvation, the Impact of Scripture, and on the final day they were Challenged to spend time in the Word every day until the next VBS. 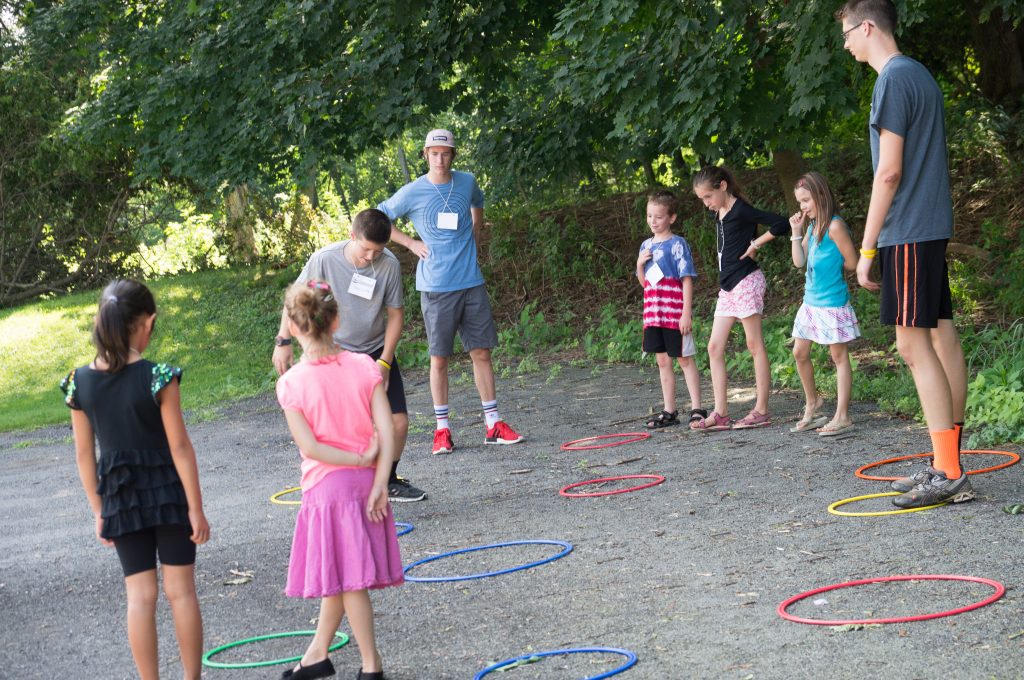 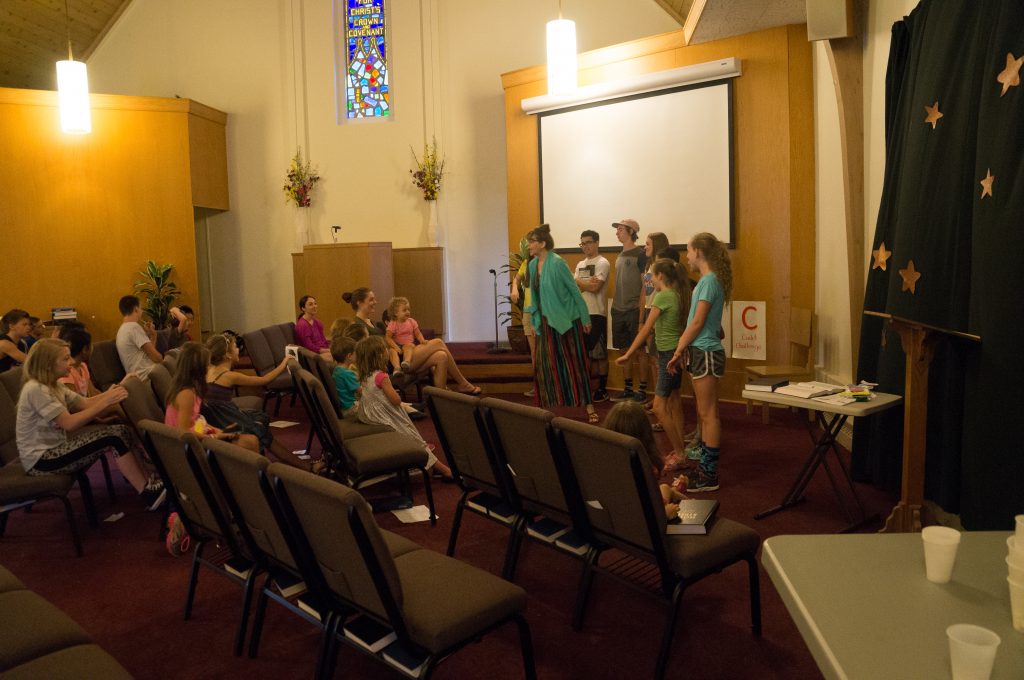 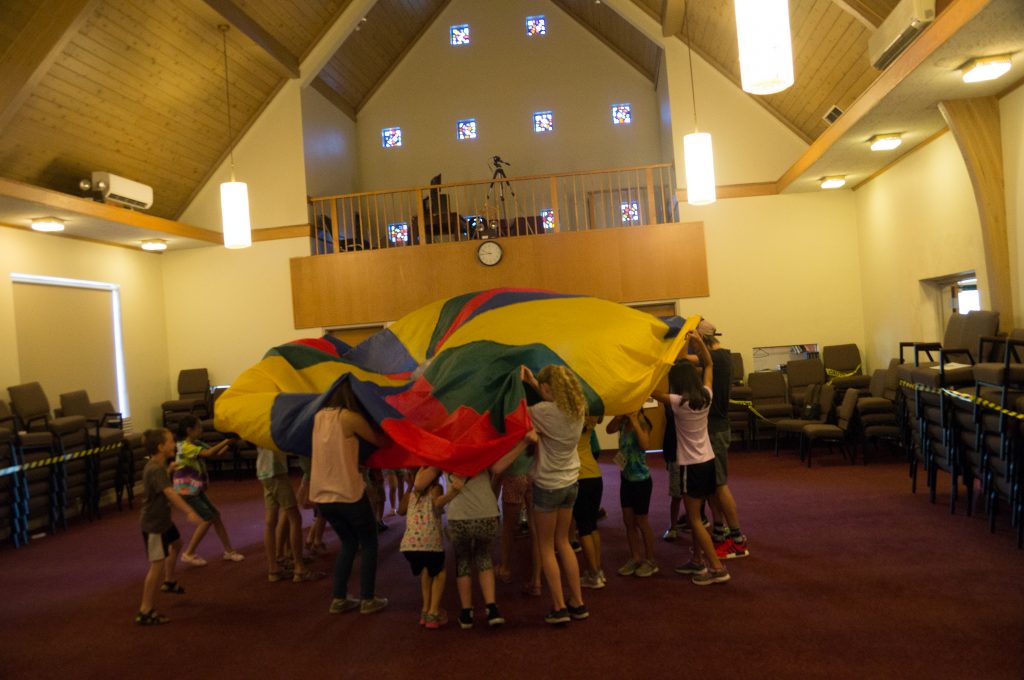