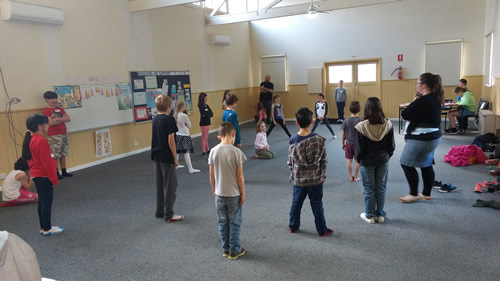 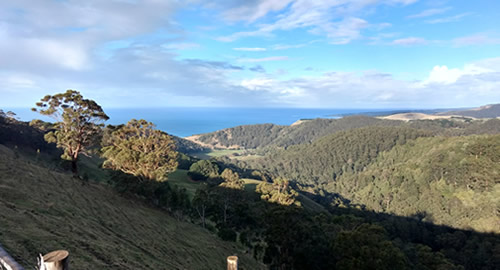 From June 14th to July 19th I was in Australia with two others on a mission trip where we served alongside the three Reformed Presbyterian churches located in the Melbourne area.  They are the only RP churches in Australia at this time.  During our five weeks with them we had the opportunity to serve all three congregations.  This aspect of the trip, getting to serve with each of the churches and the members, really gave us a feel for the presbytery as a whole and the community even amongst the church bodies.

Our first stop was in Frankston where we stayed for two weeks.  They are a small church located on the east side of the Port Philip Bay, about an hour away from the city of Melbourne.  While we were with them we stayed in a house where seven people from the congregation were living at the time due to various circumstances.  We had a wonderful time getting to know them, one specific thing we enjoyed at the house were the “family dinners” every night.  The sense of community and the work that God is doing in this church was extremely encouraging.  We also did a few working bees, visited people, and attended a young adult camp held by the presbytery at Dixon’s Creek campsite.  One of the many highlights from our time in Frankston was the first weekend we were there they had a church picnic up at Arthur’s Seat where we had a barbecue, great fellowship, and we saw our first kangaroos!

Our  second destination was just across the bay in Geelong where we spent the next two weeks.  The Geelong RP Church is the largest of the three congregations.  We took part in their regular church events, we helped run a holiday kids program at the church, we did a few different working bees, we had great fellowship with so many people, and for our last weekend in Geelong they had a Bible conference that we were able to attend and help with.  During this time we were also able to do a bit of sightseeing.  A member of the church brought us down the Great Ocean Road one day, another day we went to Healesville Animal Sanctuary where we saw tons of Australian wildlife.

Our third and final destination was McKinnon RP church located just above Frankston on the east side of the bay.  They are a smaller congregation than Geelong but bigger than Frankston. We spent our last week in Australia serving with them in their weekly ministries, babysitting, cooking, cleaning, and visiting people.  We also had wonderful fellowship with the members of the church as we did some more sightseeing.  One day, we went into the city with a family and a lady in the church who showed us around.  Another day we went to an Australian rules football game with another family from the church and got to experience a big Aussie event, the rivalry of Hawthorne vs. Geelong in the MCG.  The amount of love and hospitality we were shown was amazing.

On our last night, there was a farewell dinner for us hosted by the McKinnon church where all the congregations were invited so we could spend some more time together before we left.  After dinner the team and I said a few words about our time in Australia and told them a few of our highlights.  It was a wonderful send off.  Please keep these churches in your prayers.  Pray that a minister would come to Frankston and that they would grow as a congregation.  Pray that Geelong would be strengthened and stay faithful in their ministries. Pray that McKinnon would grow and that they would be able to start an English Conversation ministry at the church.  They are a small but faithful group in Australia and there is a lot of encouraging things happening in these churches and I am so thankful that we were able to serve alongside them for five weeks.