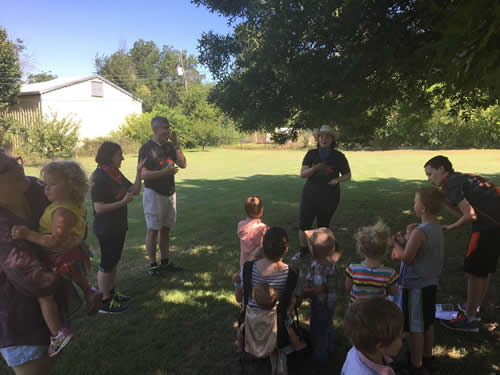 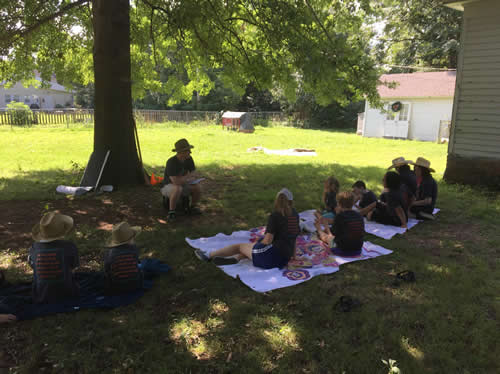 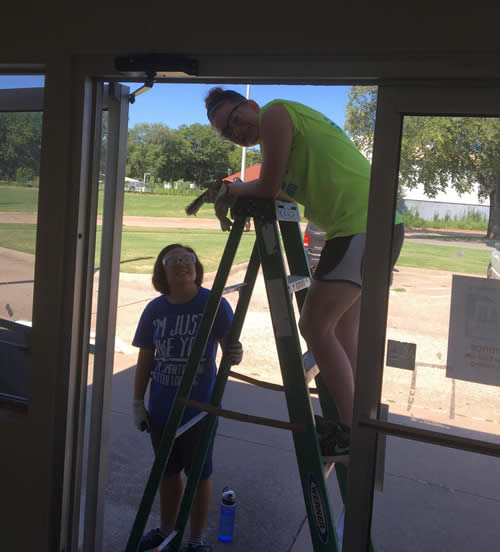 Helping at the Food Bank 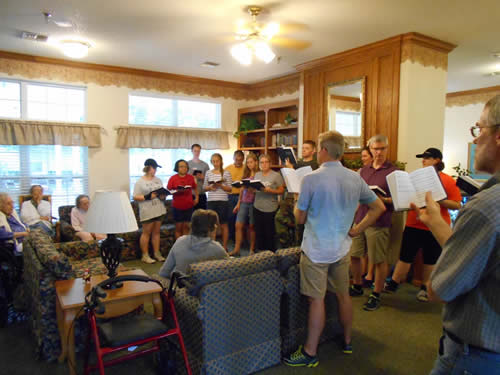 On July 1-14, in Stillwater, Enid, and Oklahoma City, a RP Missions team assisted the church in their VBS ministries, door-to-door activities, and service projects.

During the first week, the team did many hours of door-to-door outreach. They were able to meet, talk, and pray with multiple residents of the Enid and Stillwater areas, handing out Bibles, tracts, and church pamphlets as the week went on. The team also visited a nursing home to sing Psalms and visit with residents, spent time with an elderly member of the Enid congregation, and spent a day cleaning and organizing a large storage room for the church in Stillwater.

After the first week, the Columbus group headed home, and the rest of the team put on a VBS and engaged in door-to-door outreach in both Stillwater and Oklahoma City. The VBS was successful; though with a smaller number of students than anticipated. The children who attended were given the gospel and some tasty snow cones, and had fun playing games and singing songs in between memory verse sessions, Bible lessons, and Psalm singing. Some of the parents stayed and were able to hear and participate as well. The team’s weekly service project was helping with painting and carpet removal at a Stillwater food bank under construction. It was hard work, but it was enjoyable and helpful to the community.

The devotionals were centered around Missions, the purpose, motivations, commands, and methods given in Scripture for the church’s instruction and edification. After each devotion the group would share testimonies, encouraging and building each other up, growing closer and sharpening that tool for evangelism. The team was also able to spend time in fellowship with both congregations, attending Psalm sings, having dinner with a different family each night, attending Lord’s Day worship, and working alongside one another throughout both weeks.

Overall, everything went well. The team was able to serve the OK churches, grow in their walks with the Lord, and come to a much greater appreciation of the church and the work that she does, especially in church plants still working despite numerous difficulties. Seeing the passion for Christ and the lost among the saints in Oklahoma was encouraging, and it reminded us all of the goodness of God, who brought us all together from different backgrounds and backstories into the same family to serve in His name while relying on Him in all things.

If you desire to pray for the churches in Oklahoma, please pray for the Enid congregation, as they are now in search of a new pastor and are doing the Lord’s work regardless of multiple hardships. Please be in prayer for the Stillwater congregation as well, that the Lord would provide a building and spark the hearts of Stillwater residents, guiding them to faith and repentance, and, if the Lord wills it, to their congregation. Thank God for the faithfulness of both congregations and ask for His guidance as they continue to minister to their neighbors in Oklahoma.