On a Reformation Tour of St Andrews

It is hard to believe that the end is already here. I remember very well the first day getting off the plane and wondering who would be in the airport to pick me up. Heading to the church to meet everyone was a bit nerve-racking as well, but now we all know each other so well and have had the chance to form connections that would not have been possible had God not brought us together as a team. This trip was different in more ways than one from any I have done previously, and it has been a great opportunity to learn how others do missions outside of the circle I am use to. 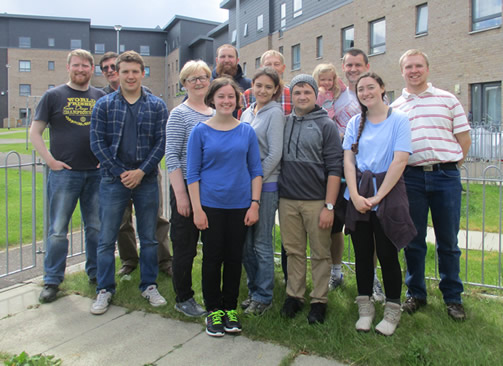 We started out the trip in Airdrie, Scotland. Our first task was to prepare our presentations for the schools. We each organized a 5 or so minute talk on our testimony or a big truth found in the Bible. Much time was spent in preparation as Pastor Andrew Quigley and Pastor Peter Loughridge worked with us individually to make sure we were well organized before going into the schools. Towards the end of the trip we were able to go into St. Margaret’s, a Roman Catholic school, to give our talks, which was a unique opportunity due to the differences in our belief systems. We spent most of the first week in the church preparing, but also taking the time during the day to do private worship, team worship (studying Hebrews), and reading and discussing Spiritual Disciplines. We also did some leaflet distribution in the surrounding areas around the church building. Some practical work, such as painting and cleaning, was also done by the team throughout the month when we returned to Airdrie in between traveling to other congregations. 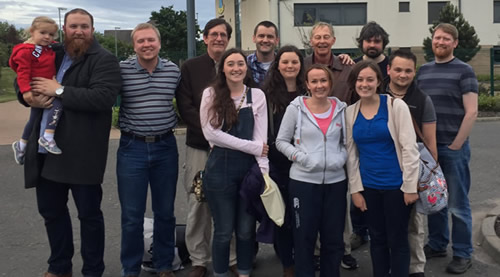 After the North Edinburgh Mission

The next congregation we served was North Edinburgh during the second week of the mission trip. Here we were given the opportunity to go into four Religion and Moral Education classes at Craigroyston Community High School. While it was intimidating at first, the overall response was very positive. Our time in North Edinburgh was primarily dominated by leaflet distribution. Pastor Peter Loughridge was giving three special sermons on the Wednesday, Thursday, and Friday of that week discussing how the bad, good, and religious all need Jesus. The leaflets we distributed promoted those three special sermons, inviting the community to come listen and join in with worship. We got to spend the afternoon on the Royal Mile taking in the sites as well before heading to the Friday night mission. 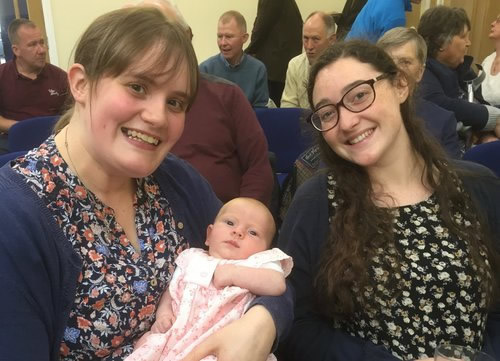 Getting to know people in Stranraer.

Week three of our trip was spent with the Stranraer congregation. Our primary focus while there was also leaflet distribution for the upcoming mission nights Pastor Stephen Steele was planning. His dealt with why each life has a purpose. We also were able to participate in their thanksgiving worship as they gave thanks to God for his provisions and those in the community who gave time and resources to help bring their new church hall together. Some team members had the opportunity of spending fellowship time with those from the community working to overcome addictions at the Recovery Café. As a team we cleaned stadium seats at the Stranraer Football Club to help prepare the grounds for the upcoming season. On our final day in Stranraer, Stephen and Carla’s baby girl Willow was also baptized. Our team was able to help in setting up the church for the baptism and fellowship that followed. 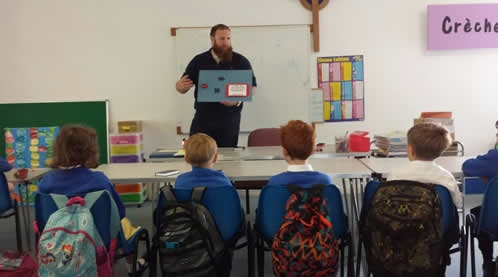 Our time in Glasgow was limited but out team was able to worship one Lord’s Day with the congregation there. We had one day of working in Glasgow, which we spent in the Sunrise Academy. I think it is safe to say that it was a highlight for many on this trip. Going into a Christian school and just seeing the love and devotion the students truly have for our God was so special. In the school we gave brief introductions and then a few team members gave their presentations. We were able to play with the students during their recess time. Upon returning from recess, the team was split up, some helping with students writing a holiday story and others helping with mathematics. The afternoon of that day was spent getting a brief tour of the city from Ian. 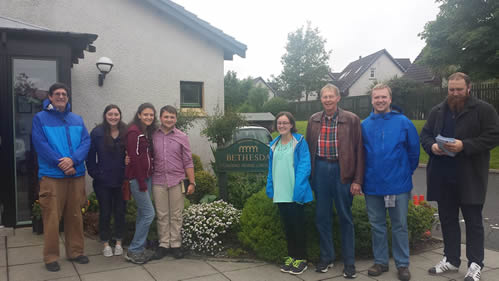 Visiting a care home in Stornoway

The final congregation we served was in Stornoway, pastored by Stephen McCollum. It took a full day of traveling to get to the Isle of Lewis. Once there we continued with leaflet distribution. The leaflets we were passing out were similar to the ones in Airdrie, giving a Gospel message and inviting people to worship services on the Lord’s Day. Practical work was done by the team as well in the local Christian school. We spent two evenings getting some painting work done for them. It worked out that our trip to Stornoway coincided with the Lewis Christian Conference, which had Dr. Joel Beeke speaking for three nights on pursuing Godliness. For me personally, it was a highlight of the week and honestly probably of the month. I think the team as a whole really enjoyed the three sermons he gave. A few of the families hosting people from our team took us all out to Harris for a day which was beautiful to see. Overall, our time in Stornoway was amazing. Most of the team, including myself, were taken by surprise by the morning and evening family worships held in the homes of the members of the congregation. It was such a blessing to be fully submerged in their way of living on the island as they hold to many convictions that have sadly been forgotten by a majority of the world.

This trip has been a very unique opportunity for me. I have enjoyed being a member of this team for many reasons. It is evident to see how the Lord has been working in each of our lives as we grew together as a group. For me personally, the highlights of the trip were working in the Christian School in Glasgow and staying with various host families as we traveled to the different RP congregations in Scotland. It was special to get to know a family as they opened their home up to us for a week. All of the people we have met on this trip have been huge blessings to this team. The hospitality and love they have shown our group is unreal. They made being so far from home easier with their welcoming and loving nature.