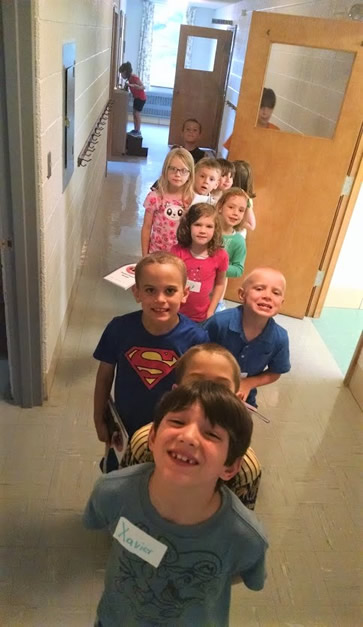 For a number of years, the hallways at 3400 5th Avenue were rather quiet.  A small but committed congregation inhabited the building, but few children were in attendance, and the large school building connected to the church remained mostly unused.  Moving forward to 2016, College Hill Reformed Presbyterian Church purchased the building; and if there is one thing we’re not lacking, it’s children.  Sabbath School classes began again, Mother’s Day Out was reinstated, and Vacation Bible School now had a new and improved home.

In 2009, a partnership was formed with three churches on College Hill:  College Hill Methodist, Beaver Falls Church of the Nazarene, and College Hill Presbyterian Church.  In effort to expose the community to their presence and faith, the three churches decided to organize a street fair. They later added other events and finally a Vacation Bible School. In 2011, the committee met Pastor Titus Martin and the College Hill Reformed Presbyterian Church began to explore joining the partnership. Denee Stevenson, member of the former College Hill Presbyterian, has been volunteering since the beginning.  She said “Our churches were small, yet shared a faith in Christ as our Savior, so despite polity differences, we knew, together, we could witness to the community more effectively than one church could.”

For many years, VBS was always held at the Nazarene Church on Route 18 because of the outdoor area; but when College Hill RP Church purchased the 5th Avenue building, the committee decided to relocate VBS to its new, bigger home at 3400 5th Ave.  This year, it took place in the evening from June 19-23 and about 40 children were in attendance.  Footsteps and little voices filled the hallways once again. 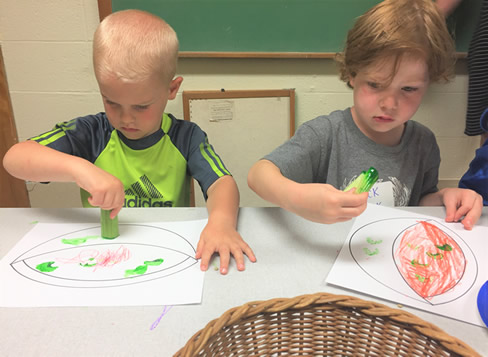 The theme of this year’s VBS was “Wisdom Calls Aloud,” which encouraged students to focus on God-given wisdom and to recognize the opposite of that wisdom, which is foolishness. Leaders used the books of Proverbs and Psalms to help illustrate the idea that choosing godly things leads to life, but choosing foolish things can lead to harm or even death. Summer intern and RP Seminary student Brendan Byham was surprised by the wisdom he witnessed even in the littlest attendees.  “It has been a joy to see how the Lord is already giving so many of the little ones wisdom beyond their years,” he said.  “The Lord is truly at work in the heart 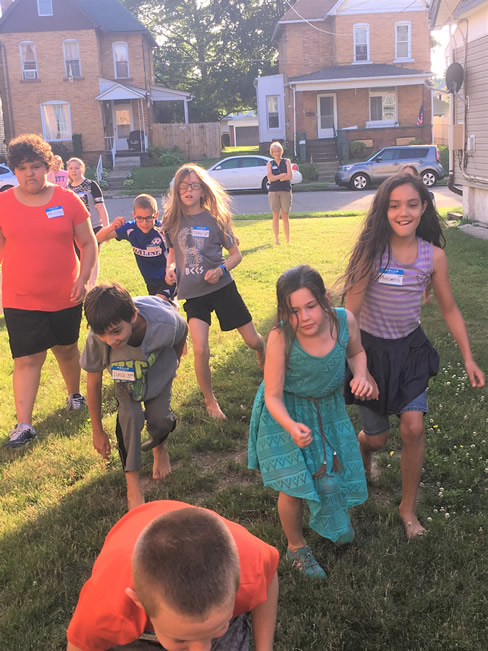 The children learned about this theme in several interactive ways.  Pastor Dean Smith opened each evening, welcoming the students and parents. After a large group lesson each night, students were broken up into smaller age groups for application of what they just learned.  Teachers took the night’s lesson and applied it by having the students make something or by playing a game.  The crafts included a painting of Jacob’s lentil stew, using celery as paint brushes and the games featured a relay race and “Jacob, Jacob, Esau,” a new rendition of “Duck, Duck, Goose.”

A rotation of three explorations of the day’s lesson occurred. In the Active Exploration, leaders had the children move or interact in different games or situations that emphasize the lesson. In the Spiritual Exploration, the children learned a different Proverb that reinforced the day’s lesson through games and different recitation strategies. In Culinary Exploration, the leaders reminded students of an aspect of the lesson by making and eating a snack relevant to the lesson. Sandy DeSalle, member of College Hill United Methodist created unique snacks each night, ranging from “victory party mix” to celebrate our victory in Christ, to graham cracker houses on vanilla pudding, representing the foolish man’s house built on the sand. 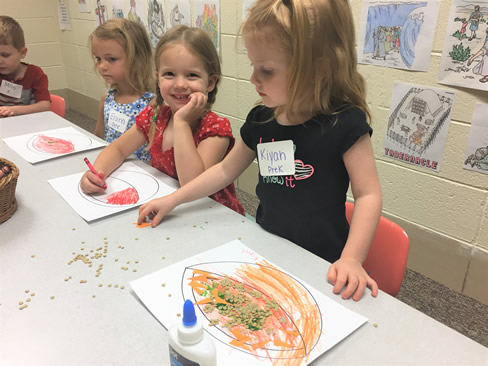 The College Hill churches see an importance in teaching children the basic truths of the Bible in a fun and interactive way, hopeful that if children hear these truths again and again, they can retain them and utilize them later on in life.   Kathy Austin, member of College Hill Nazarene, has been part of the VBS committee for years, and loves having the opportunity to interact with the children.  “The overall goal is to spread the Word of God to our neighbors through a children’s camp,” she explained.  “Through the listening and application of the Word, we hope children and their families will be more receptive to the love and hope of Christ.”