The Reformed Theological College is dedicated to training men for the ministry of the gospel.  It is committed to the historic Reformed faith, particularly as set forth in the Westminster Confession of Faith and Catechisms and expressed in the Testimony of the Reformed Presbyterian Church of Ireland.  The faculty, in addition to their lecturing responsibilities, are all involved in pastoral ministry, which results in teaching with a uniquely practical emphasis.  Training in College focuses not only on encouraging a high level of scholarship but on personal godliness and the development of spiritual gifts and ministry skills.

From 1854 until 1972 the College was accommodated in central Belfast in the premises of College Street South, later Grosvenor Road congregation.  It then transferred to Cameron House, Lisburn Road, where it remained until 2005.  In that year the College moved into its present premises, a new purpose-built building at Knockbracken, Belfast.

The College Library dates from 1854 and contains a good selection of books, especially of the Reformation and Puritan periods.  It has been considerably enlarged in recent years and now provides a well-balanced working resource.

The theological course consists of eight terms spread over a three-year period.  Classes each year begin and end with a public address delivered by a member of the faculty or by a minister nominated by the Committee of Superintendence and approved by Synod.

The professor of systematic theology is responsible for teaching the distinctive principles of the Reformed Presbyterian Church and the professor of pastoral theology a course of lectures on Covenanting history. 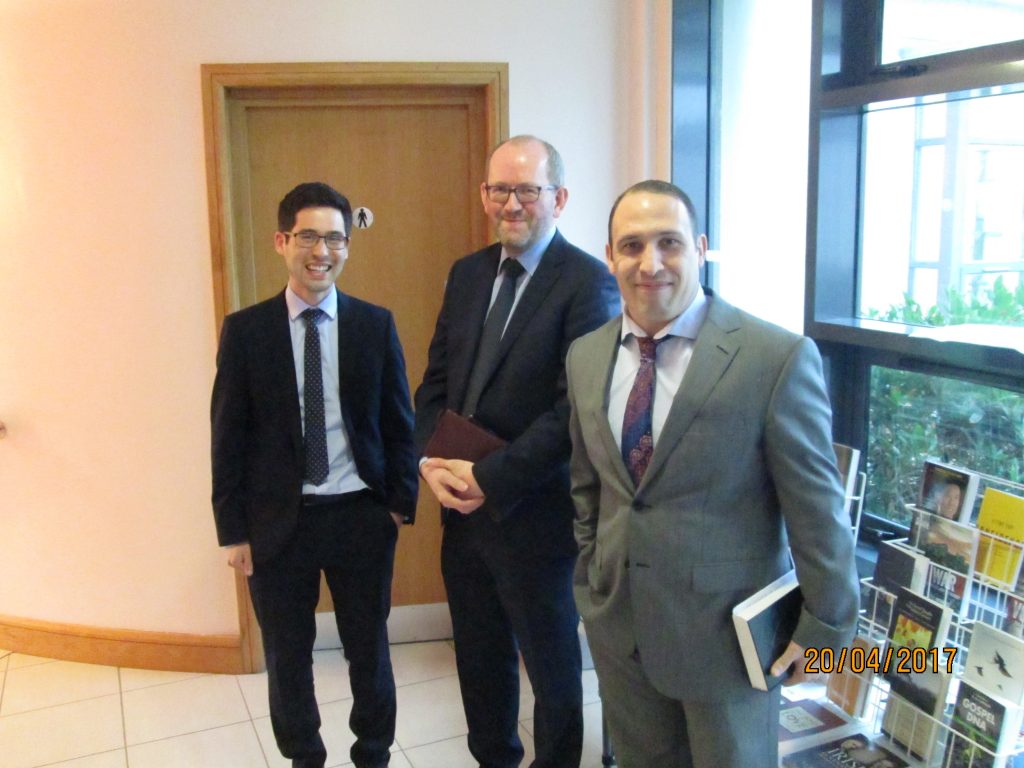 Each student at the College is required in each of the summer terms of the first and second years to spend two months in practical training for the Christian ministry.

Members of the faculty are appointed by Synod from ministers of the Church whose godly character and academic qualifications are considered satisfactory.  On appointment, and at the beginning of each Session, members of the faculty sign a declaration to perform faithfully the duties of the Chair, and to teach, maintain and defend the standards and principles of the Covenanting Church.

Graduates from the College are licensed, as men suitably gifted and trained for the gospel ministry, by their respective Presbyteries.  Graduates from the College mostly enter the ministry of the Reformed Presbyterian Church in Ireland, although presently graduates are serving Christ in mission and ministry in various countries, including Scotland (3), England (1), France (2) and Australia (2).

Oct
30
Reformation Symposium
Nov
01
How Do You Cope With….
Nov
03
RPCS Presbytery Meeting