Lords Day, 23rd April 2017, was a memorable day in the life of Kilraughts Reformed Presbyterian Church as four men, namely Mr. William Hanna, Mr. Michael Kennedy, Mr. Harold Kerr, and Mr. Robert Pinkerton were ordained and installed to the role of ruling elder within the congregation during the morning worship.

Messer’s Hanna, Kennedy, Kerr and Pinkerton will serve alongside the existing six elders who themselves have given many years service within session.

It is the prayer of the congregation that these men will be a blessing to those whom they serve and that they in turn will be blessed in their serving . 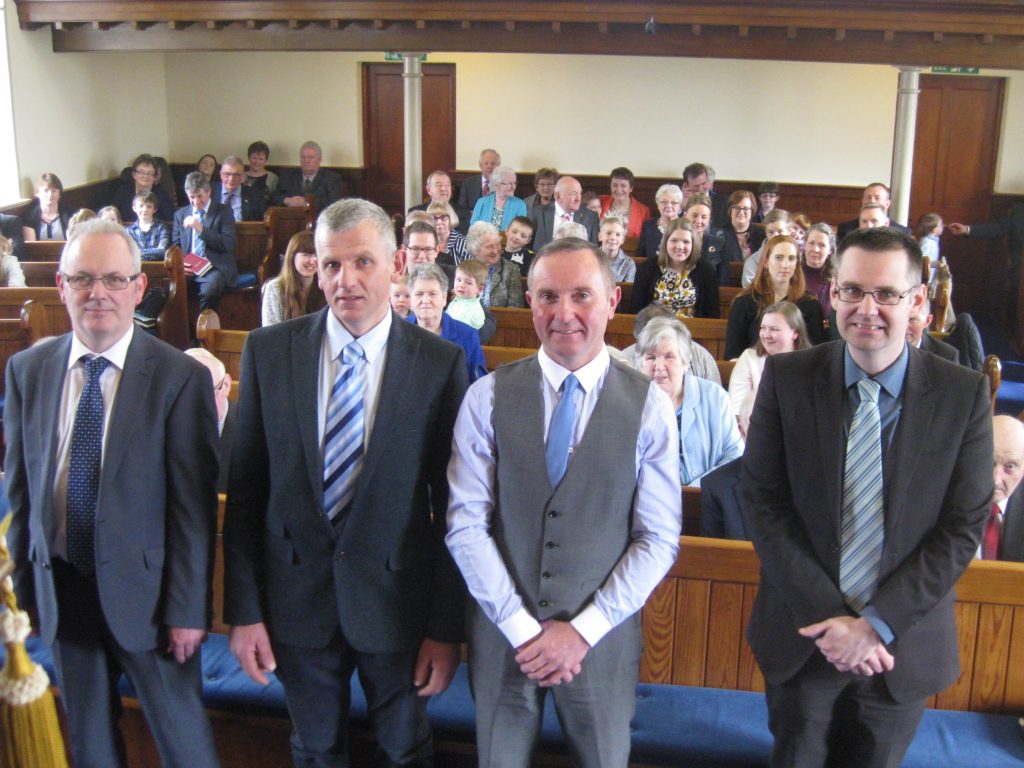