Shaftesbury Square is a congregation located in Belfast city centre, and each year the church runs a one evening Reformed Conference which anyone in the city can attend. To mark the 500th Anniversary of the beginning of the Reformation, the conference this year took the title ‘Reformation then and now’.levant to our day as they were in Luther’s 500 years ago, though our circumstances are now very different.

The first address was given by Rev. Gareth Burke of Stranmillis Evangelical Presbyterian Church, Belfast, who spoke on ‘The life and work of Martin Luther’.  Mr Burke gave an overview of Luther’s life, highlighting important events including Luther becoming a monk, his struggles with the question of how man can be right with God, how through his studying of the scriptures, especially the book of Romans, God led him to the answer, and his nailing of the 95 theses to the door of the Castle Church in Wittenberg in 1517. He also discussed some of Luther’s writings and his preaching, his trials and his married life. Mr Burke finished by showing us lessons we can learn from this great reformer for our own day, including Luther’s commitment to his family,
his awareness of Satan’s attacks, and his sense of dependence on God.

After a break for refreshments, Prof David McKay of Shaftesbury Square Reformed Presbyterian Church spoke on ‘Five truths that shook the world’, the five solas of the reformation. It was highlighted that these truths from God’s word are as re

The conference was well attended and was a good opportunity to learn more about a man that was greatly used by God and the great Biblical truths that he stood for. 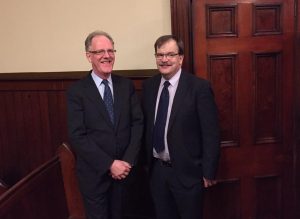 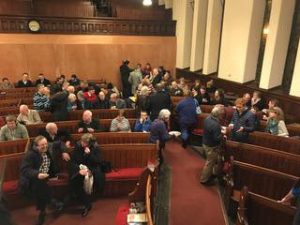 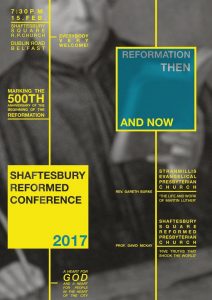